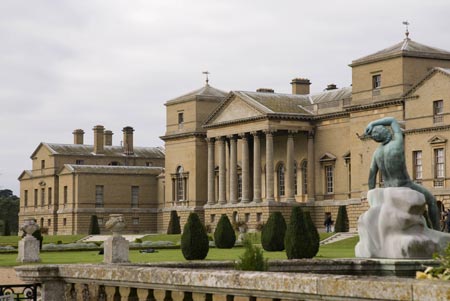 North Norfolk - Holkham Hall is built from brick used by the Earl of Leicester because it was a modern material. The house looks rather austere from close by but as you move away the bircks merge into blocks of colour the building appears to be made from stone.